This week marks the anniversaries of two pop culture icons. 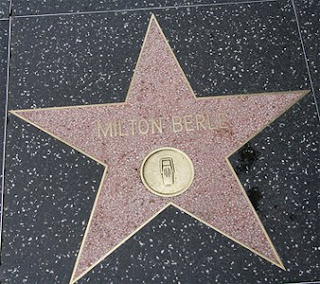 On February 8, 1960, the all-star Hollywood Walk of Fame was unveiled at an official groundbreaking ceremony. It has been erroneously reported that Joanne Woodward was the first celebrity to have been honored with a plaque. In actuality, there was no 'first star'; the tourist destination debuted a few years earlier with a handful of stars already studding the walkway. Joanne Woodward was one of the lucky stars and was among the first to pose with her name, which probably contributed to the propagation of the legend. Since 1960, Hollywood Boulevard and Vine Street have become home to over 2,400 celebrities. Here half-forgotten names of the silent era mingle with some of today's so-called celebrities, and icons of the stage, screen, radio, and television merge in an odd constellation called Fame. Everyone from PET Milk's favorite radio star, Jessica Dragonette, to Pee-wee Herman have now been cemented into the shared history of Hollywood. Who are some of the most notable personalities to have been immortalized on the Walk? Big Bird, Spring Byington, Bennett Cerf, Wally Cox, Phyllis Diller, Betty Garrett, The Harlem Globetrotters, Bob Keeshan, The Lennon Sisters, Liberace, Bob Newhart, and TCM's resident heartthrob, Robert Osborne!

Visit the Official Hollywood Walk of Fame page and this comprehensive site which includes information on every single star on the Walk. 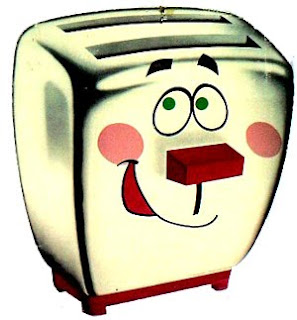 Four years later, a tastier and toastier star was born: America's favorite toaster pastry, Kellogg's Pop-Tart. Apple Currant, Blueberry, Brown Sugar Cinnamon, and Strawberry found immortality and edibility as (unfrosted!?) Pop-Tarts first hit market shelves this week in 1964. It took Kellogg's three more years to introduce the frosted variety we all know and love. Originally produced to compete with Post's Country Squares, Pop-Tart's long-forgotten predecessor, Kellogg's quickly overtook the fledgling toaster pastry market with its snappier name evoking the youthful craze for all things POP!: soda, music, art, and now.. Tarts! Even hotter than a freshly popped Tart was their spokesman, Milton the Toaster, who was, I'm sure, the brand's main allure. To this day, its Pop-tartularity has endured, proving once and for all that it really is 'hip to be square.'

Email ThisBlogThis!Share to TwitterShare to FacebookShare to Pinterest
Labels: 1960s, hollywood, on this day, pop-tarts, walk of fame