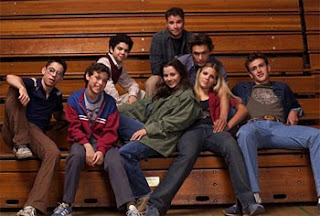 I've been a dedicated, almost professional, television viewer for 25 years. In fact, some of my finest early memories involve watching television. In the 1980s, before Nick At Nite debuted, spun off into its own channel (TV Land), and sunk to its current incarnation, syndicated television that aired on non-cable wasn't recent pap that had just hit the celebrated one hundred episode mark. Oh no. It was classic television, the likes of which would greatly influence and mold the play-doh minds of future generations: madcap Monkee misadventures, Marcia Brady's sports related injuries, and teeth picking up radio signals on far-off tropical isles. (Incidentally, I will probably post here about television a lot.. because I suspect television is my greatest love in life.) 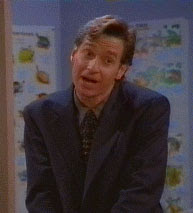 Modern classics are few and far between. Almost all modern television is uninspired. Arrested Development was one of the finest crafted shows of the past decade. Freaks and Geeks, created by one of my favorite people, the amazing and brilliant and wonderfully dopey Paul Feig, is yet another one of those shows. Freaks and Geeks is sort of like the 'next generation' of The Wonder Years (which actually is my favorite show of all time). I started watching it because I liked James Franco, but then I discovered how incredible the show was. It's hilarious, embarrassing, touching, and completely relatable. Not many shows run the gamut of emotions (really, only The Wonder Years). Not only do we have Paul Feig to thank for Freaks and Geeks (I LOVE PAUL FEIG), but the show can also boast the talent of J. Elvis Weinstein (from Mystery Science Theater 3000!!!)!

Currently, Freaks and Geeks is airing on IFC on Fridays at 11 pm (EST). Check your local listings for channel numbers, actual times, and reairings on other nights (they reair every episode at least twice). WATCH!

Second photo: Paul Feig as Mr. Pool, the science teacher on Sabrina, The Teenage Witch -- which, oddly enough, besides boasting Feig as an actor, also had two MST3kers on staff: Frank Conniff and Joel Hodgson (credited as 'magic consultant,' which might be the best job ever)!]
Posted by Maria at 7/29/2010 10:41:00 PM No comments:

William Bendix, radio and screen star, says there's nothing funny about acid indigestion. When it rears its ugly head, he reaches for a roll of Tums for ultimate relief.

He's also warning you to 'turn down that monkey music!' And when he gets that crazed look in his eye, I think he means it!

(Incidentally, I just ate some greasy stir fry for dinner. Apparently, I should have heeded the advice of William Bendix and used his promoted product!)

[Advertisement from the February 1948 issue of Woman's Home Companion magazine -- Click image for full advertisement! -- Also, I couldn't help posting this same picture to my Flickr account.]
Posted by Maria at 7/28/2010 01:02:00 AM No comments: 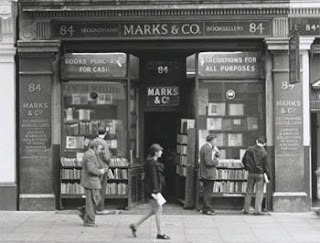 84, Charing Cross Road (1987) is the first of many delightful movies I'll recommend in this blog. The book by Helene Hanff is based on her real-life correspondence with the workers at a shop of rare and collectible books in England. The twenty year friendship that developed between Hanff, a high-spirited New Yorker (and avid reader), and Frank Doel, the chief buyer at Marks & Co is as sweet and poignant as any cinematic romance. There is much to recommend this film. Anne Bancroft, best known for her iconic role as the seductive Mrs. Robinson in The Graduate, lights up the screen as the irrepressibly inspired Hanff. Her character has a humor and candor that makes her instantly likeable, and the intimacy of her correspondence is like receiving a note from an old friend. Frank Doel and his wife are played by two of the best British actors, Anthony Hopkins and Judi Dench. Anthony Hopkins is no stranger to characters of few words, and, as always, his greatness lies in his restraint. As such, the gabby New Yorker and the reserved Brit should be polar opposites, yet their eventual connection seems so natural. It's no surprise that this bittersweet story has resonated with many viewers and readers. I have yet to read the book, but I assume that it's every bit as charming as the movie. [Wikipedia]
Posted by Maria at 7/28/2010 12:09:00 AM No comments:

What happens in Room 635? Well, I'm not quite sure yet, but I'm hoping to make this blog a broader pop culture spectacle than my first blog, Curly Wurly. I know this is a rather superfluous concept, but I'm envisioning Room 635 as a log of various media recommended by your author: movies, television, music, and books or other written stuff that I've recently enjoyed. Also, there will be lists. I suppose you can just file this blog under miscellanea (or mingle-mangle, as some might say). I'm hoping this will be slightly less confining than Curly Wurly, which is not dead despite its lack of new content. Unfortunately for any passersby, this is probably going to be an awkward assortment of stuff that I like or consider notable. Incidentally, I already feel pretty awkward about this blog. 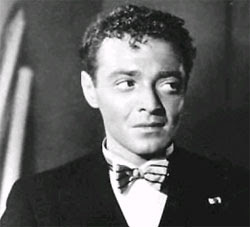 * Incidentally, the blog title references the hotel room of my favorite character from one of my favorite movies (also a wonderful book).
Posted by Maria at 7/22/2010 11:56:00 PM No comments: