Uncharacteristically, I didn't watch much television this past week, and I don't think I watched any movies at all. I caught most of a gently enjoyable Peter Bogdanovich 1975 musical homage, At Long Last Love starring the greatly missed Madeline Kahn, Burt Reynolds, and Cybill Shepherd. It wasn't the most inspired plot, dancing, or singing, but it was a surprisingly good effort. I wouldn't mind seeing the entire movie again. Burt Reynolds could sing better than Marlon Brando, at least! Check Fox Movie Channel for future airings, maybe. 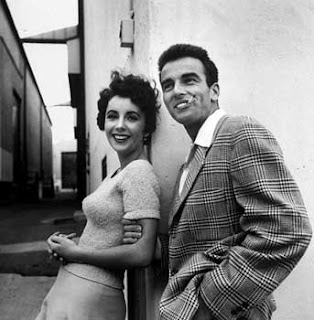 Thursday, April 14, 2011
Billy Liar (1963) 9:00 AM - Sir Tom Courtenay was the best Angry Young Man ever! This is a great adaptation of the modern British classic by Keith Waterhouse. Also stars Julie Christie.
The Glass Key (1942) 8:00 PM - I'm really excited to watch this. It's based on a Dashiell Hammett novel and stars Alan Ladd and Veronica Lake (the duo from one of my favorites, The Blue Dahlia -- a Chandler screenplay). I've never read this book, so I don't know the story, but Dashiell Hammett is the king of noir. (The 1935 version of the film with George Raft also has Ray Milland and could have been tied in to the Ray Milland month)
Stage Door Canteen (1943) 11:15 PM - The star-studded musical romance!
Born To Dance (1936) 3:30 AM - Eleanor Powell and James Stewart musical. This is the musical with Jimmy Stewart's rendition of 'So Easy To Love,' a song so good that even his awful singing voice couldn't ruin it (so he said in That's Entertainment!)!

Saturday, April 16, 2011
Promise Her Anything (1966) 6:00 PM - I'm just intrigued by a comedy starring Warren Beatty, Leslie Caron, and Bob Cummings!
Ball Of Fire (1941) 8:00 PM - Described as Billy Wilder's twist on Snow White And The Seven Dwarfs which starred Gary Cooper and Dana Andrews as part of a group of professors who take in a nightclub singer hiding from the law (Barbara Stanwyck). Well, at least it's not Jean Arthur!
Fire Down Below (1957) 11:30 PM - Robert Mitchum and Jack Lemmon are partners who both fall for a mysterious woman in a steamer (Rita Hayworth).