Fluorescerama: It Happened One Night 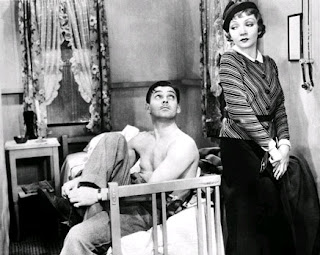 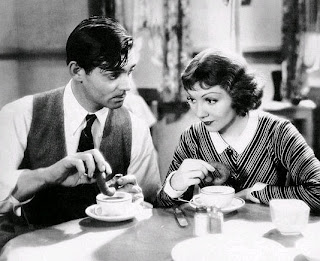 How to dunk a donut the right way. 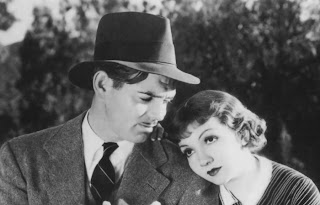 Once Clark Gable's naked torso and Claudette Colbert's angelic face graced the silver screen, the modern romantic comedy was born. Frank Capra's 1934 screwball comedy is a seamless masterpiece. It's hard to imagine anyone else as the gruff newspaperman, Peter Warne, and the spoiled heiress, Ellie Andrews (although, I think Myrna Loy could have been suitable).

Here's a YouTube clip of one of my favorite scenes from the film (when all the bus passengers join in a rousing version of 'The Daring Young Man on the Flying Trapeze'). If you're already familiar with this Academy Award winner, you may be interested in reading the script for the Lux Radio Theater version with Gable and Colbert reprising their roles. Or you can find an mp3 of the March 20, 1939 recording at this wonderful old-time radio (OTR) blog (look about a third of the way down -- or search for 'Lux Radio Theater-390320-211-It Happened One Night.mp3').